The intellectual position and anthropological approach of Germaine Dieterlen and the school of Griaule has been interestingly examined from the standpoint of British social anthropology by Mary Douglas in two essays, as well as being the subject of more fragmentary comments by other scholars. These included an attempt by David Tait to re-analyse the data on social organisation provided by the whole extensive body of writing on the Dogon in order to show that they possessed a segmentary lineage system of the kind discerned among the Nuer of the Sudan by Evans-Pritchard and among the Tallensi of Ghana by Fortes.

Doubtless this analysis was too formalised, too derivative, but by the time of writing Tait had experience of working in two West African societies, the centralized Dagomba and the non-centralized acephalous Konkomba. Moreover his analysis was given some support by what Denise Paulme had written in her book on The Social Organisation of the Dogon published in , a book that ran somewhat counter to the main focus of Dogon studies on mythology and symbolism.

Mary Douglas has seen these differences in broad terms, relating the French interest in myth and symbolism to the link of their anthropologists with surrealism and to the polarisation of French politics. Oxford: Berghahn Books. 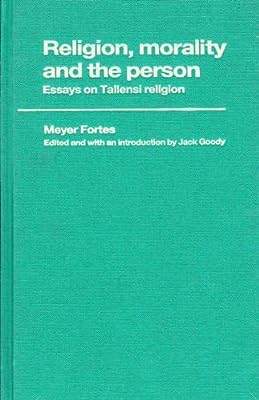 Willen, Sarah S. Your email address will not be published. Save my name, email, and website in this browser for the next time I comment.